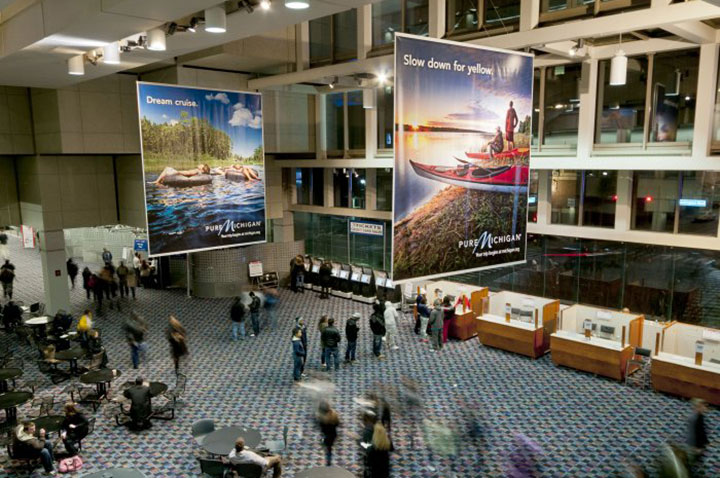 Bay Media Europe have signed a long term contract to be Britten Inc. exclusive agents and distributors in Western Europe, extending their long standing relationship in the UK.

Britten Inc. are the biggest large format printer in the USA, and the major innovative force in street dressing technologies. They employ over 250 people, have a highly accomplished and motivated R&D team, and a number of unique patented technologies in the street dressing field.

Britten’s work can be seen on the grandstands of the Daytona 500, at the U.S. Open, on Chicago and New York City Lightpoles, at the Formula 1 United States Grand Prix, at Madison Square Gardens, and hundreds of shopping malls across the USA.

Britten’s patented BannerDrop* invention, in place in over 3,800 locations in the US, is at the heart of Bay Media’s illuminated AirDressing® system.

Britten spend significant budgets each year developing new lamppost banner technologies, including the BannerSaver® system that has had its wind releasing and manufacturing technology constantly invested in over the past 10 years, and which Bay Media used version 7 of for the 2012 London Olympic Games, as well as the newly patented Storm Spill lamppost banner system.

Bay Media combine Britten’s technology with their own patented innovations across a number of products including Raised Lamppost Banners and AirDressing®. Bay Media’s service and in-house installation teams are looking forward to taking this strong technical foundation, and extending our service to client’s across Europe.