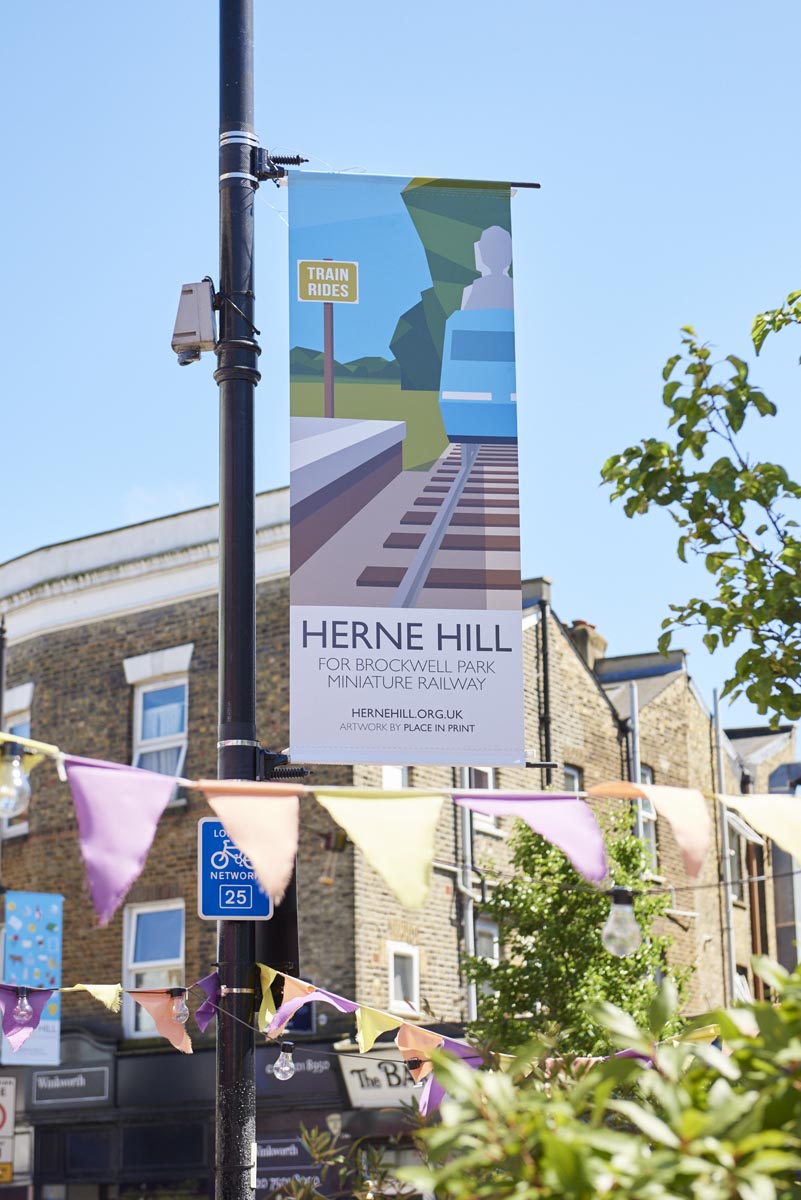 In August 2013, a burst Thames Water mains pipe caused devastating floods in the Herne Hill area of South London. Local businesses were destroyed and many were forced to close their doors due to the damage caused to premises and stock. A once vibrant and flourishing area faced a long road to recovery and morale was low.

It has been almost two years since the flood and those businesses that did survive have worked hard to re-establish themselves. Now, a compensation fund provided by Thames Water is allowing the community to set about re-building the area. A dedicated team of volunteers are working closely with the fund administrators, putting together a series of initiatives to help restore the sense of positivity and excitement to the streets of Herne Hill.

Along Half Moon Street – the area most severely hit by the flooding – lights now twinkle on a huge tree, illuminating the evenings for passers-by. It marks the re-launch of the street and the spirit and resilience of the vendors there. A proposed PR initiative is underway with the aim of creating online profiles for local businesses and directing people to them. Plans are afoot to design a destination art installation for the area, and possibly a light or signage installation for the railway bridge at the heart of Herne Hill; these plans will unfold over the next few months. Already, the streets of Herne Hill are lined with raised lamppost banners – the first of the initiatives to be implemented and one which has already created a notable buzz in the area and a sense of pride and innovation in the locals. Bay Media collaborated with Herne Hill on this campaign resulting in the recent unveiling of 68 banners on major routes into the area, highlighting Herne Hill’s rejuvenation and the sense of determination in the local business community. The series of 68 banners feature 18 designs and were designed by local designer Ed Povey from Place in Print, in conjunction with local traders and the Herne Hill Forum.

We spoke with Lucy Reynolds, a volunteer for Herne Hill, about how she got involved and how the project is going so far:

What is your background?

Why did you decide to get involved in the Herne Hill revival project/Herne Hill forum generally?

What is the purpose of the raised lamppost banner campaign for Herne Hill?

Why did you decide on lamppost banners? This is a success story for an area devastated by disaster and, more importantly, a story of how collaboration, creativity and positivity can help re-build a community and restore the vibrancy and sparkle that was temporarily lost.